Just added to your cart

THE WONDER OF LINEN BEAUTIFUL, SUSTAINABLE AND FOREVER A CLASSIC

A Look Into The Benefits And History Of This Timeless Fabric.

Beautiful to look at and to touch, linen is completely natural, has some hard to beat eco credentials and a history that dates back 1000s of years. 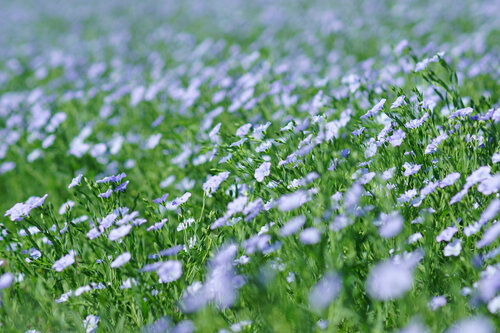 There is so much to say about this humble  textile, that I thought I would share a little of my knowledge and some reasons why I think everyone should be using linen in their homes and wardrobes.

Linen fabric is made from flax, a blue flowering grass that grows in dry land and only requires natural rain to grow, and no pesticides, unlike cotton, which takes an astonishing 10 thousand litres of water to produce for just one kilogram.

Linen is organic, biodegradable, and recyclable, meaning you can wash your sheets and clothing without worrying about polluting microfibers entering our waterways. The whole plant is used in production and the seeds (flax or linseed) are highly nutritious; either turned into oil, used in bread or blended into smoothies.

The internal core is made into the fabric, and the outer husk or straw is can be used to create an eco friendly plastic called “Flaxstic™”

Breathable, cool to the touch, linen is highly absorbent, and excellent at wicking away sweat, making it perfect for bedding and summer clothing. It is anti fungal, hard wearing and is also highly stain resistant. 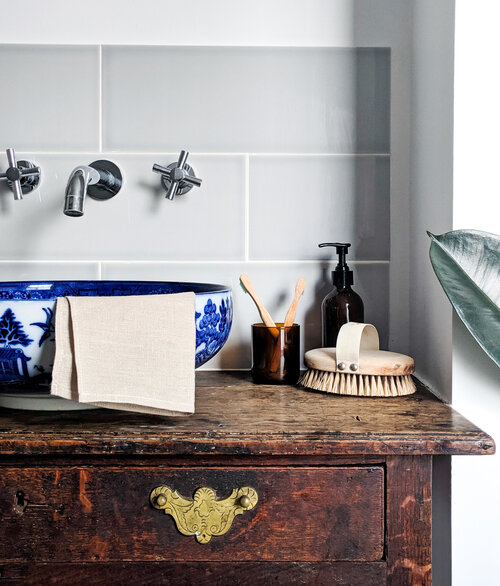 The anti-bacterial and high absorbency qualities of linen have many uses and benefits. In our household, if anyone gets a small cut or graze, we wrap it with a piece of linen which keeps the wound try and helps prevent infections, promoting quicker healing. Linen is also perfect for skin care, and kitchen cleaning cloths, which stay fresher for longer compared to their cotton or synthetic fibre alternatives. We have had some great feedback on the ones we sell.

“The best cloths ever! These have made such a huge difference to my facial skin, I can’t recommend them enough they wash and wear so well, and will last you years and years and they do a fabulous job of exfoliating the skin.” — Customer 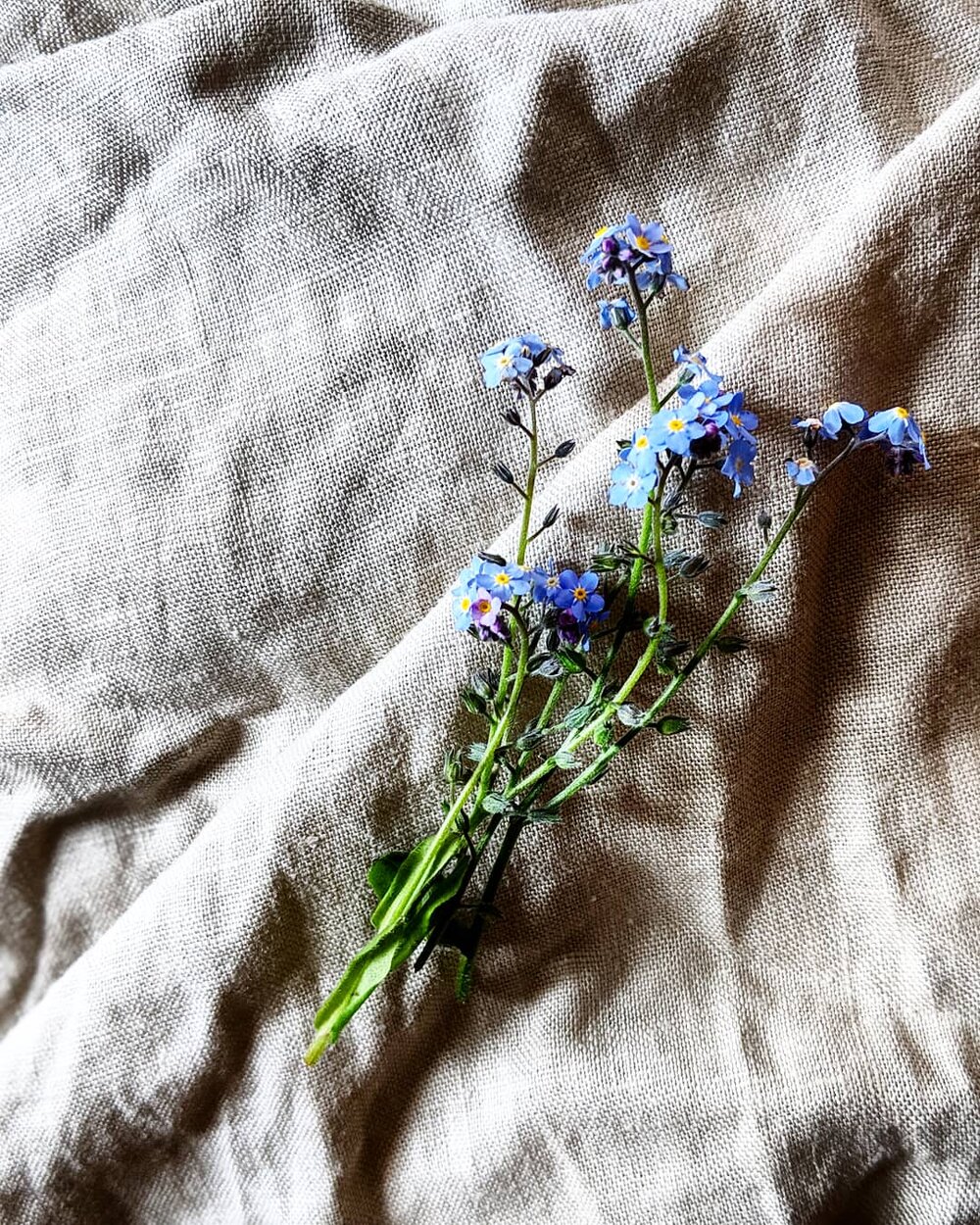 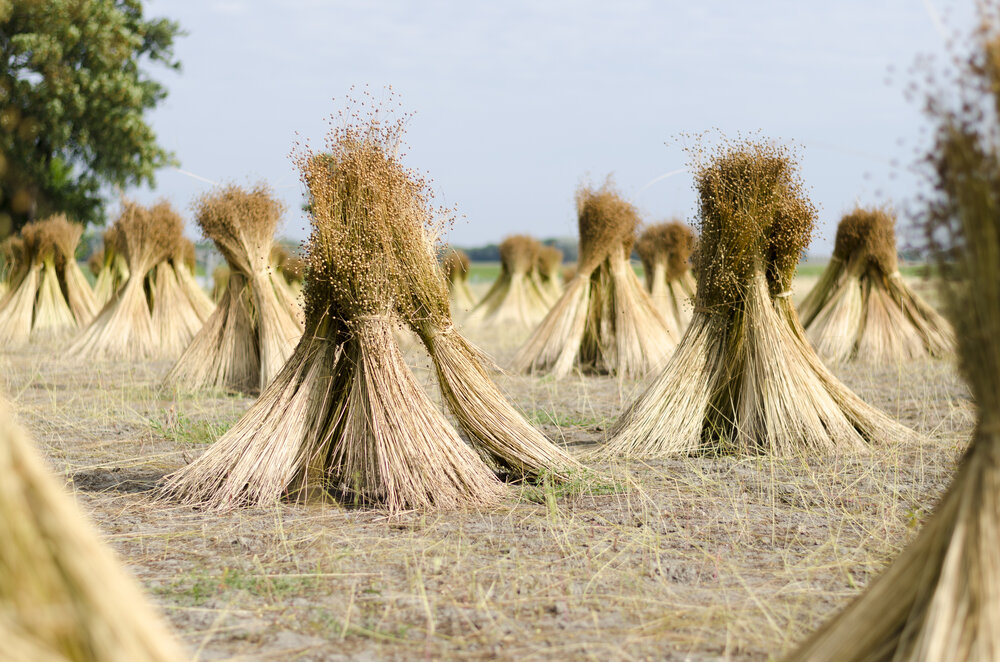 Linen (Linum usitatissimum) has been part of human history and culture for over 36,000 years.  A discovery made in the caves of Georgia suggest that ancient people used wild flax to create their fabric and it has been used by many different cultures and civilisations ever since. The Bible mentions linen over 90 times including a verse describing the angels wearing fine white linen. 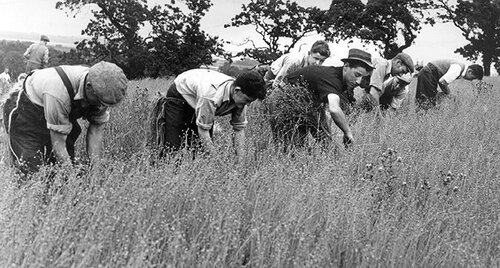 Ancient Egyptian wall paintings depict spinning and weaving of linen. They wove linen to wrap around the mummies, as it symbolised light, purity and wealth. Linen was so valued in ancient Egypt that it was used as currency.

The ancient Phoenician merchants who traditionally traded around the Mediterranean brought flax growing into Ireland, helping Belfast eventually grow into the world’s largest linen producer during the 19th century.

Today, most flax is grown in Russia and Belgium and is having something of a renaissance due to more awareness of the damage that cotton, and man-made fibres are having on our planet. If more of us were to choose linen for our homes and clothing, we could begin making a huge difference to reducing the damage currently caused by the textile industry.

The use of linen as an everyday fabric is becoming more popular, as are alternative uses and innovations like flax being used to create cars, skis and so much more. Its versatility and durability as a textile is currently only matched by cotton, which we have learnt has a high environmental price, but is at least biodegradable unlike most synthetic fabrics.

Ideally we should all be buying less , and making the best of what we already have.  But when you need to buy new,  linen is the perfect fabric option. It can and should be repaired, as well as treasured and passed onto your children and grandchildren. Although it’s not always the cheapest, but it should last you a lifetime, and actually improves with age - how many other things can we say that about?

Some of my favourite brands using linen in a beautiful way:

Pela Cases are 100% COMPOSTABLE and are made of a proprietary blend of biopolymers and flax shive. And are designed to offer protection to your phone, while also protecting the planet once they reach the end of their life. 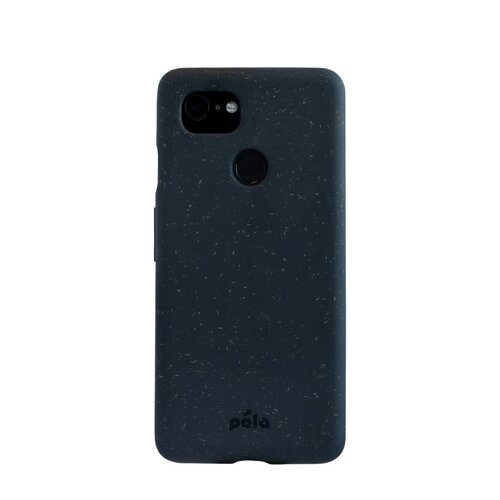 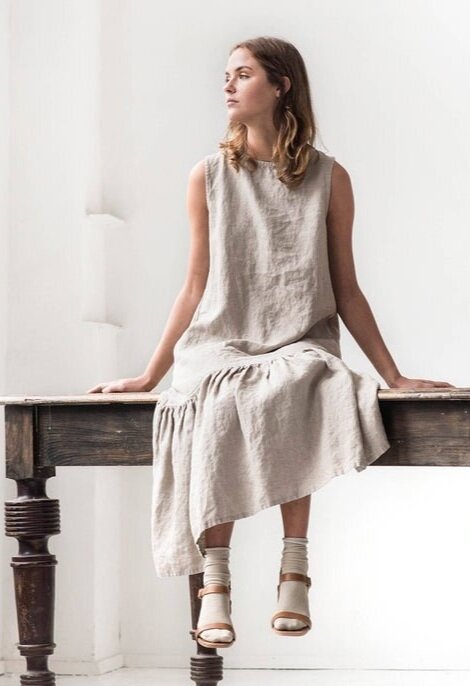